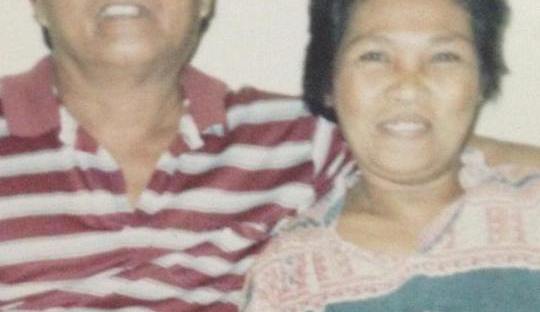 World War II started in 1939 and ended up on 1945. During the war emotions are at the weakest while everyone is struggling for survival.

The Philippines have undergone few colonizations and liberalizations:

Ramon and Jovita met during their teenage years within the circa of World War II. In their hometown whilst the country is under the Japanese occupation and war, they fell in love.

Jovita is arranged by her parents to a man who is capable of raising family. She was only in her teens. Ramon’s family is not well to do but he is determined to accomplish for a better life. However, during the war, the primal duty is to survive and bring the family to safety. They were not able to complete their education. Ramon finished primary school that is until 6th grade while Jovita completed until 5th grade.

After the Japanese occupation, their love blossomed. Jovita’s parents disapproved. But Ramon is determined and fought for his love and won Jovita’s heart. The couple eloped until their parents approved of their relationship. They won over their parents and got married during 1950s; Jovita is 19 while Ramon is 20 years of age.

Reality started to kick in when Jovita delivered their first born son. Since the couple did not achieved higher education levels, finding a job wasn’t easy. Ramon undergone multiple jobs to support his family. The first born was followed by a daughter. The second born was followed by another daughter. And the kids keep on increasing. Both the couple are struggling to support the increasing household. Ramon’s jobs include gambling dealer, carpentry, and later on foreman. Jovita performed part time housekeeping to families in order to help Ramon.

Like any other normal couples, their relationship wasn’t smooth sailing. They also have undergone fights, disagreements especially when the kids are also suffering since it is hard to make ends meet. Ramon made a strategic decision pertaining to the kids education. He knows that he cannot support all his eight children’s education so he decided to prioritize the sons and have the sons complete at least diploma education. His main reason is that the sons are the ones who will be supporting their own family in the future so it is worthwhile to be that way. They raised their kids in the traditional discipline adhering to the saying ‘Spare the rod spoil the child.’

Life wasn’t easy but Ramon and Jovita stayed together through hardships. When the kids grew up, the kids started to help the family.

Ramon in his 60s was hit by cancer. He died in 1993 leaving Jovita and their kids. Jovita decided not to remarry and focused her attention to her family. Needless to say, her heart and love still belongs to Ramon.

Right now, Ramon and Jovita’s children are grown up and have their own families except their seventh and their youngest daughter.

The family started with a poor background. And even though few of the children were successful, they still remain to be humble and attached to the family’s love. It wasn’t a smooth sailing in their family but there’s still joy being with one another.

The heart as they say is a river of mystery. Being in love is the greatest happiness. In our ever changing world whereby our emotions are afflicted by the pressures of society, our hearts tend to go astray. However, no matter how chaotic the world can be, there is always that someone in our heart whom we cherish, we protect and we whisper the name before we sleep at night.  ~ Chic Pencil

I will never forget Ramon and Jovita’s story. I am very proud of them. I’m very thankful of them as without their love, I wouldn’t be here.

They, Ramon and Jovita have their song which I always treasure and play…

My parents Ramon and Jovita. Photo taken during my primary school graduation as valedictorian.

Jovita at 78. She’s the most beautiful woman in my world. My Filipina-Spanish mum, my Valentina.

Special thanks to my eldest niece Geraldine for posting the pictures.

Another special mention to Arab Face for sharing.

Til next time. Au revoir.

Consultant for global business solutions and delivery. Loves business, fashion, music, food, the arts, and culture. All opinions written and twitted are mine and not influenced by any brands or company. View all posts by chicpencil

4 thoughts on “Ramon And Jovita”

This blog is pledged to the Singapore Memory Project

Thanks very much for dropping by.

Error: Twitter did not respond. Please wait a few minutes and refresh this page.